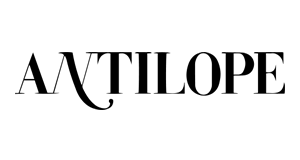 Antilope, the love for jewels.
We are in the early 1950s, in a small town in Lombardy, Mede, Rino Antilope embarks on the path of the goldsmith trade: he is certainly one of the first in his area to become a representative of jewelery, an activity he carried out for about ten years, acquiring knowledge and professionalism. He learns to value precious stones, particular and sophisticated cuts, until in 1970 he decides to combine his technical-commercial experience with a form of art and creativity that he has cultivated within himself over the years. Thus he began to create and design jewels, which he produces in his own workshop, from which his business was born: his creations, classic and refined, increasingly meet the demands of the public. In 1978 the eldest daughter Daniela is fascinated by the world of jewelry: curious and creative, she discovers a universe apparently very different from the one she met during her studies, precious items become part of her and her attention is absorbed entirely by her father's company. In 1982 his sister Manuela also joined the company, the circle was closed. Their passion and tenacity led them in the 90s, now owners of the company, to combine the traditional paternal production with innovative creations in gold and pearls. The peculiarity of the jewels lies in the careful craftsmanship, which is successful and pushes them to present the new collections with the name of their creators: Antilope. This brand becomes synonymous with exclusive, patented jewels: traditional and precious materials such as gold, pearls, diamonds continue to be used, but with a modern shape that is the result of a studied design and careful technological research. The company's notoriety grows, the first advertising campaigns arrive in women's magazines. Every year Antilope pleasantly surprises its customers with new collections, often animated solutions such as Brilli, butterflies and fish, or extremely romantic such as cobbled hearts. The common denominator of Antilope jewels becomes the research of design, the rigorous choice of materials, the accurate entirely handcrafted manufacturing: a generational Made in Italy based on professional love and on the guaranteed quality of each model. These values ​​belong to Daniela and Manuela, who today thank with deep affection those who, day after day, passed them on to them with paternal dedication and professionalism.